Via Facebook, Karin requested three very obscure items, and I probably took them in a direction she wasn’t anticipating: 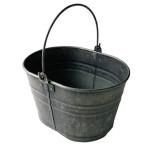 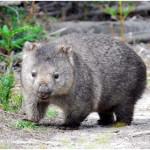 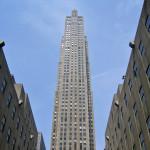 He kicked out quickly and instinctively, squashing the cockroach as it attempted to scurry across his other leg. That was four big ones he had seen today – three he had killed – and it was only… well some time in the morning.

There was no way to tell what time it was in this place, or the place before it. He remembered a place, a long time ago, where there had been clocks. But here, on this island, things were different.

He tapped on the wall next to his bed, to see if the other was awake. That’s how they thought of themselves now. Almost as one entity: myself and the other me. They had been through so much together.

A knock returned from the other side of the wall. He was awake too. Good.

He supposed it would all end soon enough. ‘They’, the authorities, had made it clear this was to be their last stop. Only death would surely come next.

Light was streaming in from around the door, which meant what they called breakfast here would come at some point. They might also get an hour out, later, if they were lucky.

Those were the only things to look forward to. An hour out of this tiny room and three excuses for meals.

It wasn’t supposed to be this way. They had dreamed big. There had been so much anticipation and excitement when they had set out all those years ago from home. Fear too, to be honest. They told themselves they had no choice, but looking back now, maybe they did.

Others had been with them then, for some of their long, tortuous journey that finally ended in this place, but now it was only the two of them left.

Two of them waiting for death.

He stared up at the water stained ceiling and hoped it wouldn’t rain today. He had to move his bed every time it rained, depending on which part of the roof leaked. To deal with it, ‘they’, those in charge, had provided him one small blue bucket which proved ridiculously useless when the heavy rains that seemed to regularly beset this island set in.

He tried to remember what had made them begin such a stupid journey that somehow, inconceivably, led here.

A promise of a new, richer life; the chance the escape the demons and misery of ‘home’; what they might do with that new life, that new wealth. See the world: Eiffel Tower, Empire State Building, Great Wall of China…

…And then return to Australia.

Even that wasn’t possible now.

He supposed it was the same thing that motivated so many of the other people – some of them children – that they hadn’t seen since. Hell, they had been children when they started too, really. In some ways, they still were.

Although, what innocence he had when he left was long since snuffed out.

They had tasted that life for a period, and it made them feel invincible: rushing through borders, dodging officials, getting excited at the success of beating the system.

And, apparently now, ironically at their darkest moment, they were famous…for what that was worth. One of the guards told him yesterday that the newspapers both here, and in Australia, were full of their story. Even the Australian Prime Minister and Attorney General were talking about them in Parliament. The guard hinted not of all it was helping, but still, maybe that meant something.

The Indonesian press had picked up on the story too, although the guard again suggested there was a negative slant.  He didn’t understand the politics, and he had trouble understanding all the subtleties of what the guards were saying. He struggled with their language and they couldn’t understand his.

It felt like he was the only other person in here he could really communicate with; no one else understood their plight.

He knocked on the wall again, and wondered what he would do if they took him, his best friend, first.

He took comfort from the knock that returned. He had heard of others here hurting themselves; cutting their arms to feel better. He sometimes thought of doing that too, but each time the knock returned, he felt better.

Sometimes lawyers called them to talk about their case, and earlier on, even met them face-to-face. But those calls came less and less now. They told them from the beginning their case was unlikely to be successful. Their lawyers changed a number of times, but the latest one told them both that even though he was trying to do all he could, they had really come to the end of the line. There was nothing more they could do.

He sat up in bed and stretched. He tried to do exercises every morning before he had breakfast, but just as he knelt to begin a push-up, a shadow fell across the light streaming in through the door. He waited for the door to open and breakfast to be presented, but instead the shadow lingered. He waited a while, to see what this person would do, but it seemed they were just standing there.

Curious, he padded quietly over to the door and knelt down on the dirty concrete floor. As he peered underneath the crack in the doorway, it took a while to figure out what he was looking at. He seemed to be staring at a hairy leg. As he lay there, trying not to breathe too heavily, the creature gently plodded away and for a moment he thought he was  looking at a wombat.

It took him a moment to realise it was a wild pig; a small one, perhaps a piglet, judging by its size. As it sniffed along the footpath, wiggling its large behind, it also seemed well fed.

Despite how ‘Australian’ he was, or at least longed to be, he had never seen a wombat. It made him want to cry, thinking he may have missed his chance to ever see one now.

He rolled over, lying on the floor, and thought how excited his parents would be to have seen a wombat. He wondered where they were now. He thought of them often, but not as often as before. It hurt too much. They had been together at various times, but he didn’t know where they were now.

A tear fell from his eye.

Suddenly the door was thrust open and he had to roll away to ensure he wasn’t trodden on. A guard, wearing black pants and shirt, looked down at him and motioned for him to stand up.

‘Get up Hizb-e. You can’t spend your birthday on the floor,’ he said.

Hizb-e was still struggling with his English.

‘Birthday?’ he asked, squinting at the sudden bright light.

‘Today is your eighteenth birthday. Which means the Australian Government wants you moved on,’ the guard continued, kneeling down to meet his eyes. ‘Or more precisely, wants you moved back.’

‘The guys in the department tell me that the “powers that be” have been talking about you, and your friend Shayan next door.’

Even the guard didn’t know exactly what that meant. It meant that Hizb-e and Shayan had been discussed in the corridors of Parliament House, by the Minister himself, and in the High Court. A building so grand on the banks of Lake Burley Griffin, that it was doubtful Hizb-e could even picture it if the guard tried to describe it to him.

But Hizb-e knew none of that.

‘Family?’ he asked the guard.

The guard rocked back on his heels and sighed.

‘I’ve been trying to tell you kid, we can’t find them.’

Hizb-e’s family had been missing for three years, unseen since the boat they were on capsized. They were now presumed to have perished at sea.

‘So they’re sending you back to Afghanistan, kid.’ the guard continued.

The guard shook his.

‘Sorry mate, but the Australian Government doesn’t believe you; and now, you are no longer their problem. Minister is making it clear that wherever possible we need to get ‘children’ out of detention here on Nauru as quickly as we can’

‘And Hizb-e you are now, at least officially, no longer a child.’

My thoughts and prayers are with the many individuals, and their families, who face death at the hands of any government. More information on these issues is available from the following organisations:

Children out of Immigration Detention: http://www.chilout.org/