For his bespoke story set in Canberra, @Elias_Hallaj chose the ‘big three’: 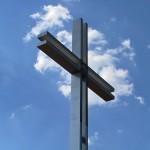 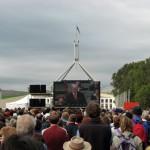 ‘Three people walk into a bar: a prostitute, a politician and a holy man…..’

Ali looked over at Budd and then back to Chris.

Chris frowned, his black eyebrows momentarily meeting in the middle of his forehead.

‘Yeah, me neither. I think it’s supposed to be post modern or something.’

That brought a cackle of laughter from Ali and Budd.

‘I think you’re post-too many beers,’ Budd responded, slapping one of his large hands on to Chris’ back. ‘Have another.’

All three men laughed at that. This Friday night was turning out like they usually did. A few beers at a bar – tonight it was Trinity in Dickson at Budd’s suggestion – some sport on the big screen television, and then, once they were sufficiently liquored up, a quick discussion about how to solve all the world’s problems.

‘I thought we’d agree not to talk about r…?’ Ali began.

‘Don’t say the r-word.’ Chris interjected. ‘And yeah, we’re not supposed to. And no mentions of se..,’

‘Don’t say the s-word either. That’s definitely taboo. But I thought we’d agreed not to talk about….the p-word too.’

‘What, you mean Politi…’ Ali began.

He slowly removed it, but watched Ali carefully in case he meant to speak again. At last Budd continued.

‘But, for the record, the p-word was definitely what that joke was about! And let’s face it, Chris, when you’re telling stories, they’re never about the s-word.’

He let out a large, full-bellied laugh and high fived Ali.

‘Whatever,’ Chris replied. Despite his bad jokes, Budd’s positive ourlook was infectious. Anyway, over the course of their decade-long friendship, Chris knew he’d had many more conquests than Budd, although he’d spoken about his far less.

‘I thought you were going to tell us about your date last night Ali?’ He emphasised Ali’s name to reflect that it wouldn’t be Budd telling the story about a date, but he suspected the subtlety was lost on both his friends.

‘She is amazing,’ Ali began, his blue eyes twinkling with excitement. ‘We went out, had dinner, then a movie. It was a great night!’

Ali took a deep breath and opened his mouth to speak.

‘Hold that thought,’ Chris interjected. ‘And make sure you don’t use the s-word. It’s my shout. What’s everyone having?’

‘Zierholz’ The other men said in unison.

‘Three beers it is.’ Chris replied.

Budd started scribbling some notes on a pad in front of him as they waited for Chris’ return.

‘Taking some notes for my food blog. I thought I might do a review of this place.’

Budd nodded absentmindedly and continued jotting notes down. Ali decided to look up some websites on his phone while he waited.

Chris returned holding three pint glasses in his hand, and set them down.

‘Excellent, thanks Chris.’ Budd said, putting his pen down. ‘So you were telling us about your date Ali? And how great it was.’

Ali leant back on his chair and grinned.

‘Well, it was great and then we got into an argument. But a good argument.’

The other two men raised their eyebrows as Ali continued.

‘There we were lying in bed, you know afterwards.’

‘And I say, “I bet I enjoyed that more than you.” And she says, “no way, I enjoyed it more”. And we get into a bit of banter about that.’

‘And I say, “Men obviously enjoy…the s-word more than women. Why do you think we’re so obsessed with it?” And she says, “That doesn’t prove anything. Think about this: when your ear itches and you put your finger in it and wiggle it around, then pull it out, which feels better: your ear or your finger?”

Chris and Budd sighed, tried to stifle their laughter, and exchanged suspicious glances before turning back to Ali.

‘You made that up! I bet you didn’t even sleep with her!’ Chris replied.

Ali simply shrugged his shoulders in response. Chris suddenly picked up Ali’s phone and looked at it.

‘I knew it – you stole that joke from a website.’

‘It wasn’t even a good joke Ali. At least tell us how you met…what’s her name?’ Budd asked.

‘Julia. I did some work over at the Legislative Assembly and I bumped into her at the library.’ Ali continued.

‘You met her at a school assembly?’ Budd asked, a confused look on his face.

‘No mate, the Legislative Assembly. It’s like the ACT Parliament. Chris used to work there.’

‘That makes so much more sense now,’ Budd continued. ‘Someone just started at work who used to work at the Assembly, and I couldn’t figure out what she talking about. What did you do there Chris?’

‘I never really worked there,’ Chris replied, sipping his beer. ‘I volunteered as an adviser for a few weeks.’

‘You know the type,’ Ali offered. ‘Ignore all the factual information provided by the Department and tell their boss to do something else instead.’

‘Then what is it like?’ Ali pushed, oblivious to the discomfiture Chris was feeling.

‘I dunno. I was in a political party, and I got offered a few jobs. But I turned them down’

‘What sort of jobs?’

‘Paid Adviser, assistant campaign manager…they were talking about pre-selecting me for a seat.’

‘When was this?’ Ali asked, leaning forward, brushing his blonde hair away from his eyes.

‘Why did you turn them down?’ Budd asked. Both friends were now looking at Chris intently, and the attention was making him feel uneasy.

‘Actually, sort of because of a girl, but not the way you think.’

‘Go on then…’ Budd prompted.

‘Well,’ Chris continued, speaking more slowly and quietly than his friends were used to. ‘I was at this conference, and I’d just given this big speech, and was getting lots of positive feedback. And this girl comes up to me….I think her name was Rosemary.’

‘Well, I’d never seen her before, or, come to think of it, since. Anyways, she asks me all these questions about what I want to do and where I’m going.

‘I was a bit of a fire-brand back then, really passionate about my p-word. Thought I knew all the answers. And she’s asking me “do you want to run”, “do you want to beat the other guys at all costs”, stuff like that. And I agreed. Yeah, I did want those things.

‘And she tells me that she has this database of information. Like a dirt file, on everyone involved in politics in Canberra. She says once I see it, it will change my view of politics forever. And I could have it – the only copy – if I could work out the code to unlock it.’

I didn’t really know what to say. I wanted to ask some more senior about it. But she said it was an offer for me only, and I had to decide on the spot. And I accepted.’

‘So what happened?’ Budd asked, his eyes wide.

‘She emailed the file with a list of clues. I had to go around Canberra and collect random information from all sorts of places and people. Like…’ Chris stared off in the distance, trying to remember. At last he continued.

‘…I had to find out the age of the woman who picketed outside the abortion clinic in Civic. I got chatting her, really interesting person. Then, I had to learn how many staff the Womens Electoral Lobby had…they’re really fascinating people too. Some of the other stuff was getting the last digit of the personal line of the head of Chamber of Commerce and Industry. And then discover how long the UnionsACT secretary had been in charge for. That Kim, she’s a champion.’

‘The final code I had to type in to unlock this file was massive. A collection of all these numbers: sex workers advice line, tax rates for average small businesses, stamp duty rates, rape crisis centre funding per year, costs per month of ACTEW’s dam operations… I had to talk to so many people. It took weeks. But finally I had the code.’

‘And what did it say?’ Ali asked, staring at his friend.

‘I don’t know. After speaking to all those people, my views sort of changed; all the problems I thought I could fix if I ran just seemed so much more complicated. And the idea of releasing some dirt on another person, really hurting them and their reputation, seemed the wrong thing to do. So what if someone slept with someone. That sort of thing comes back on you one day’

‘Amen to that,’ Budd added.

‘So I just deleted the file without reading it.’

‘Wow, all that information you had at your fingertips…imagine what you might have learnt.’ Ali said.

‘Yeah, the thing is,’ Chris continued. ‘Looking back, I remember the file being really little. Tiny. I think it might have been blank.’

Ali and Budd sat back in their chairs to consider the significance of what Chris had told them.

After a few minutes of sipping his beer in silence, Budd spoke at last.

‘Yeah, I could never be a politician. I’m too attractive.’

‘I feel sorry for those campaign directors.’ Chris replied. ‘All eyes turn to them every four years, and over a few weeks they’re supposed to win an election. It’s all or nothing. I wonder what they do in between, other than get stressed by what is to come,’ he offered.

‘Organise the party, fundraise, develop policy, eat good food, blog…who knows,’ Ali scoffed, obviously keen to change the subject. ‘‘These beers are good. Are we going to go to that Craft beer festival next weekend?’

‘Is the Pope a Catholic’ Budd replied, nodding enthusiastically, his usual humour returning.

The other two men nodded.

‘I’ll have to meet you there. I have to help a friend buy a dress for a wedding.’

Chris and Ali both stared at Budd for a moment.

‘Sorry, did you say you have to help a friend buy a dress for a wedding? Is this a wedding dress? And why is a dude wearing a dress to a wedding?’ Ali asked.

‘Actually, now you mention it, nothing at all. What’s stranger is why you would take Budd shopping for it?”

‘OK, first off, it’s a dudette we’re talking about.’

‘And she’s going to a Hindu wedding, not as the bride, but she’s not sure what to wear, so I said I’d help her.’

‘And what does a female wear to a Hindu wedding?’

‘No idea,’ Budd offered. ‘I’m a Buddhist. But she took one look at the colour of my skin, and assumed I knew. And if you saw this girl, Edith, you wouldn’t pass up the chance to go shopping with her.’

As if on cue, the door of the bar opened and a tall, woman in her late twenties entered.

All men stood and greeted the woman simultaneously.

They said in unison. The three of them looked at one another as they realised they all knew the girl by a different name.

The girl looked from Ali’s face to Chris’ face and finally Budd’s. The three men stared back at her, looks of utter confusion on their faces. Chris’ mouth appeared to be permanently fixed open; Ali’s blue eyes were bulging and Budd’s large hands were pointing upwards towards her, an impeaching look on his face.

‘Hi Guys. Look, I can explain everything. But first I have to perform OK? I’m up in five minutes.’

She pointed to a blackboard above the bar, which the three friends turn to read.