@Girlhassparke set quite a challenge, with 3 items you wouldn’t expect to see in the same place together in Canberra. At least, not for the last twenty years: 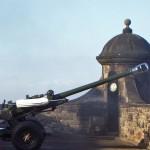 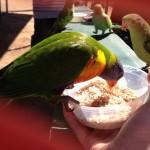 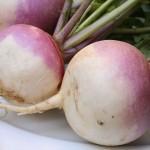 Ang stood on the runway, staring at the drop twenty metres in front of him, and considered the icy cold water of Lake Burley Griffin beyond. The whistle would sound any minute now and he could begin his run. Would his suit hold? Would he finally break the 50 metre line? When would he feel nervous?

And would he win?

Deep down, he knew fifty metres was not a realistic possibility. Perhaps in his younger days he was a chance, but not now; not even with his best ever suit, which this one wasn’t. His old legs just couldn’t propel him like before. Still, there was life in this old dog yet. No, not dog. Best not to think about dogs. That dog costume last year had been a disaster.

As long as he didn’t bomb out completely, like that fool in the turnip costume who had leapt to a painful belly flop minutes before. He glanced at the Capital 7 camera to his right. Embarrassing himself on the news tonight wouldn’t bode well for his re-election chances.

Before he could consider the aerodynamic capabilities of his present suit any further, the judge to the side of the platform made eye contact with him, and Ang became aware of his name being announced by the commentator across the public address system. Around him, on either sides of the lake, loud cheers ran out. One-hundred thousand people willing him on.

The whistle suddenly rang out. He took a deep breath and willed his limbs to move. He was surprised when they did, and watching himself from above, he became aware of his legs moving faster and faster, propelling further and further along the runway. He opened his mouth, ready to scream his chant of triumph, as he leapt…

Ang blinked. “Dad”? Where had that come from? He became suddenly aware of someone shaking him.

Ang slowly opened his eyes, now aware he was lying down in bed.

‘Dad, you were dreaming again. About the bloody rally!’

Ang opened his eyes and tried to focus on the person standing over him. Chris, it was Chris, his son.

‘What are you doing here?’

‘We were going to brunch, remember? Honestly Dad, how you were a functional member of parliament for so long, I will never know. Let alone how you competed in all those rallies.’

‘I’m going to bring it back Chris, you just wait and see,’ Ang mumbled as he wiped the sleep from his eyes.

‘I’m sure you will Dad, now can you get dressed so we can go to brunch?’

Ang nodded and began to stand up. As he did so, an alarm started sounding on the phone next to his bed. Chris picked up the phone and glanced at the screen.

‘Dad, this is a reminder for a doctor’s appointment. Do you have an appointment this morning?’

‘Shit!’ exclaimed Ang. ‘I only made it yesterday, with some fancy specialist Dr Jones says I have to see. I forgot all about our plans. Can we catch up for brunch another time son? I’m sorry.’

‘Sure, how about I give you a lift to the surgery at least?’

An hour later, Ang was buttoning up his shirt and looking quizzically at the doctor. He wasn’t yet sure how best to communicate with the man (or was that boy). Was Ang supposed to ask questions, or would the doctor volunteer answers? The doctor…Klein was his name…Dr Klein…appeared not to notice his stare, and instead was looking intently at the set of notes he had in his hand.

Ang wasn’t sure whether it was his age, but it felt like the many doctors he had seen over the proceeding months were getting progressively younger. This one, apparently the most qualified, also appeared the youngest. He seemed even younger than Chris.

At the thought of his son, he again felt the deep pit of guilt opening in his stomach. He had disappointed him today. Again. Just when they seemed to have put their differences behind them. In the scheme of their difficult relationship, it hadn’t been a big event. For a father and son on better terms, it wouldn’t have been a problem. But Ang knew that their relationship was still on weak footings, and his timing had been bad.

Of course, a better father might have told him the truth.

The truth that Ang had no choice but to keep this appointment. The truth that Ang’s cough wasn’t getting better. That it was a symptom of something potentially far worse. That Ang and the doctors still didn’t know the full extent of it.

But he hadn’t told him any of that. Like many fathers before him, he had chosen to protect his son from that truth. At least, for the time being. Like countless decisions Ang had made in his life, it for ‘Chris’ own good’.

But what good would it do their relationship?

Maybe he would get some answers today, and maybe, just maybe, he would share them with Chris. Maybe this doctor would know those answers.

Just when Ang thought he couldn’t stand to sit in silence any longer, the attractive Asian doctor looked up from his notes. He pointed his piercing blue eyes into Ang’s old, tired Greek brown ones.

‘Mr Dimitriou, I’m afraid I have some bad news.’

An hour later, Ang was sitting with Chris at a Manuka cafe, trying to make amends for their missed brunch by shouting a coffee. He made the mistake of letting slip to Chris that he had an appointment with the Arts minister the next morning to discuss the Rally comeback. Things had gone well until Ang let slip he was going to compete.

‘Compete! Dad, you’re nuts. At your age! You could kill yourself.’

‘Chris, I’m dying,’ Ang blurted out in reply. He didn’t know he was going to say it until he did.  It had just suddenly escaped from his lips, quietly, and not the way he had rehearsed a million times before in his head. But there it was. Even before the confirmation from the doctor today, he had known. Known for months.

Chris fell silent and just stared at his father for a moment. Then he came around the table and put his arms around his father, and let out the smallest of sobs.

‘How long have you got?’

As he held his son, and fought back his own tears, Ang had the feeling Chris wasn’t surprised by the news either.

That may have delayed their conversation about the rally for the time being, but it was one they would return to in the following days and weeks. And Chris wasn’t the only person Ang would have such an argument with. The next day he would have the same conversation with George, the ACT Minister for Arts.

The meeting began well enough. He had been showed in by a young girl in a pants suit, who introduced herself as Megan.

‘I’ll sit and take notes if that’s okay Mr Dimitriou? I’m actually the Department Liaison Officer for corrections, but the arts DLO is away so I promised her I’d fill her in.’

‘Sure, no problems. Looks like you guys use the same DLO system we have, or at least used to have, up on the Hill.’

‘I understand it’s the same,’ Megan said showing him into the Minister’s office. ‘Do you miss being a Senator?’

‘Given my propensity for making enemies and being a maverick,’ he said this last word while gesturing with quotation marks with his hands.‘Not really.’

George Reekie, the Minister for Arts, had been a friend of many years. Plenty of ‘political’ friends had disappeared from Ang’s life after he retired. Some even pretended not to see him if they bumped into each other around Canberra, but George was different.

George stood up from his desk and strode over, his arm outstretched.

‘Good to see you too George. Have you got good news for me?’

‘Sit down, old friend. I sure do. After all those years of lobbying, you’ve finally convinced us. We’re bringing back the Birdman Rally! Except instead of a television channel, the Government is going to run it.’

Ang’s heart leapt and they spent the rest of the meeting discussing timing and logistics. The event would feature on 10 March the following year, as part of the Canberra Day celebrations. Ang had smiled at that news.

‘Wow Ang, that will be some speech. I mean, of course you should open proceedings, but I’m thinking like a 10 minute talk?’

‘I mean to compete George. How much is the prize for 50 metres? Twenty thousand seems a bit low, what with inflation over the last few decades?’

The Minister sat back in his chair.

‘You’re going to compete, at your age?’

It was a conversation he would have with nearly everyone in his life over the next nine months. Hi son, Chris most of all.

Until, at last, nine months later, he found himself on the runway, staring at the drop twenty metres in front of him, and thought about the icy cold water of Lake Burley Griffin beyond.

No dream this time.

The whistle would sound any minute now and he could begin his run. Would his suit hold? Would he finally break the fifty metre mark? When would he feel nervous?

And could he do it? Could he jump into the unknown?

Deep down, he knew the fifty metre mark was not a realistic possibility. Perhaps in his younger days he was a chance, but not now; not even with his best ever suit, which this one wasn’t. His old legs and sick body just couldn’t propel him like before. Still, there was life in this old dog yet. No, not dog. Best not to think about dogs. That dog costume of three decades ago had been a disaster.

Before he could consider the aerodynamic capabilities of his present suit any further, the judge to the side of the platform made eye contact with him, and Ang became aware of his name being announced by the commentator across the public address system. Around him, on either sides of the lake, loud cheers ran out. Two-hundred thousand people willing him on.

He just hoped he wouldn’t bomb out completely, like that fool in the budgie smugglers who had leapt to his embarrassing belly flop minutes before. He glanced at the webcam to his right. Embarrassing himself on YouTube wouldn’t bode well for his chances of competing again next year.

Who was he kidding; he shouldn’t be competing this year. He knew that. And this was definitely his last rally.

But he was eternally grateful for that final chance at redemption; at another chance to reach that elusive fifty metre mark.

The whistle suddenly rang out. He took a deep breath and willed his limbs to move. It felt different this time. Like he wasn’t sure what he would find at the end of the runway. But there was something exhilarating about that. The crowd around him began to blur as he became aware of his legs moving faster and faster, propelling further and further along the runway. He opened his mouth, ready to scream his chant of triumph. As he leapt off the runway, he found Chris’ face in the crowd and was pleased to see him smiling. Feeling himself flying through the air, he screamed his trade mark call, the one he had screamed at every other rally, except this year it fittingly also referred to his suit, his final suit.

And perhaps, his life.