As part of my participation in the Family Fun section of the Human Brochure campaign, I had the opportunity to visit a range of Family attractions in June 2014, including: 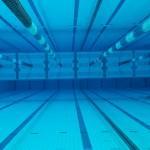 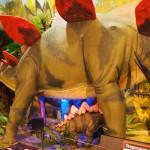 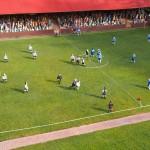 ‘I’m sorry Sloanie, we’re going to have to cut into normal programming to deliver some disturbing breaking news.’

‘We are getting reports of a post of social Humans seen around the Canberra area.’

‘Yes, very sketchy reports at this stage. I think we have Siobhan on the scene. Siobhan can you hear me? Siobhan? Siobhan? I think we are having some technical difficulties getting her on the line Sloanie.’

‘Right Adam, well, in the meantime the reports you’ve mentioned are appearing on social media. For example, Karen has posted pictures of a swimming pool. Although to be clearer, it appears to be a tunnel, complete with cameras.’

‘Sloanie, I think that might be the Australian Institute of Sport pool, one of the most high-tech in the country. They have a tunnel underneath the pool for coaches to watch their swimmers. The pool is incredibly clear. It’s cleaned using crushed algae and reverse osmosis, although I’m not exactly sure how either of those work.’

‘Harboured dreams of swimming at the Olympics, Adam?’

‘I think we’ve got Siobhan on the line now Adam. Can you hear us Siobhan?’

‘And where is here?’

‘I’m standing in the Gold Creek Village area of Canberra. Social media has just been flooded with photos and comments about a post of social Humans moving around the city, most recently seen loitering in this area.’

‘I understand that there is a Social Media Anonymous group that meets in that area. Could that be it Siobhan?’

‘Perhaps Adam. I’ve got Chris with me who apparently witnessed the post. Chris, what can you tell us?’

‘And what did you see Chris?’

‘About twenty people with around 60 different digital devices amongst them. There were smart phones, tablets, digital cameras, iPads, iPhones, iWatches… you name it.’

‘And what were they doing with them?’

‘Using them as an excuse to do anything but look at the amazing things around them. Do you know there is a place here, called Adore Tea, that does the most amazing high tea; champagne, rectangular sandwiches, mini Banoffee pies, and every kind of tea you can imagine.’

‘Thanks Chris. We don’t allow advertising on the ABC, so keep the plugs to a minimum. And were the Humans grazing in that area?’

‘I’m not sure they eat. They would have to put down their phones to do that.’

‘Thanks Chris. Alex, an amazing day in Canberra’s history.’

‘Thanks Siobhan. Yes indeed Adam, I haven’t seen anything like this in at least twelve months. Humans just drifting around the city, posting countless photos, mainly of themselves, to Twitter, Facebook, Google Plus, Instagram, Snapchat, Flickr…have I left anything out?’

‘Well, if we are still on air in five minutes, someone will probably have invented a new app that will be all the rage with the Humans.’

‘We’re nearly out of time Alex, so I’ll have to cut you off there. I need to remind our listeners to social media in moderation. You’re only two tweets, three Facebook updates and an Instagram post away from becoming a Human. Also, we have another caller on the line Sloanie, Nicole from Dunlop. Nicole?

‘They’re definitely native Adam; something very Canberran about them. Not sure if it’s the beards, large black rimmed glasses, high-end accessories or speed that they’re going around roundabouts, but this post has been around these parts before. Although, I think some of them may have shrunk. I saw some normal sized ones, but they were peering down at these little itty bitty Humans. Looks like they may have shrunk the buildings around them itty bitty Humans too. And some of ‘em was playing a game of cricket.’

‘Where are you Nicole?’

‘I’m just round the corner from Gold Creek.’

‘Sloanie, I wonder if Nicole might have mixed up some of the Humans for the small figures and buildings at Cockington Green?’

‘It sure is Sloanie, a family business, opened way back in 1973. Doug and Brenda opened the wonderland of miniature buildings after a visit to a similar attraction in the United Kingdom. Their children and grandchildren all have a hand in the business now. And can you guess the most expensive building Sloanie?’

‘That’s a lot of money Sloanie, which reminds me, apparently us Canberrans all have a lot of money, at least according to the OECD.’

‘Yes Adam, no surprise we have more Humans moving into Canberra. The OECD has recently found Canberra is the best place in the universe to live if you’re a Human.’

‘Yes, the ACT received perfect scores in the areas of income, safety and civic engagement.

‘Well this post of Humans roaming around today are clearly engage in Civic, and the amount of high tech equipment they lug around suggests income isn’t a problem.’

‘I think we’re getting a little too transparent in our plugs for Canberra there Sloanie. I’ve got a tweet that’s just come in. It’s from Joni in Civic, who says,

‘Fitting Adam that Joni should point that out via a ‘tweet’, because of course, the Tyrannosaurus Rex is more closely related to the bird than any other dinosaur.

‘Been to the National Dinosaur museum lately Sloanie, have we?’

‘We have Adam. Where I also learnt that T Rex babies had feathers.’

‘Fascinating Sloanie, and I hate to cut you off, but we’re seeing photos on Instagram now of explosions at Questacon, the National Science and Technology Centre. Siobhan has made her way there. Siobhan can you hear us?’

‘I can Adam, although it is difficult to hear over the explosions and fires going on inside. And the cries of dismay from the post of Humans, who appear to be gagging on some form of blue food.’

‘Interesting Siobhan, are you able to…’

‘I’m sorry to cut you off Adam, but I think I’ve just seen ABC camera man, Greg Nelson, with the Humans.’

‘Surely he is just shooting footage for the news Siobhan?’

‘No…no….I think he might be one of the Humans. Adam, we may have had a Human in our midst. Greg!? Greg! Can you hear me? Adam, I’m trying to get his attention, but he is completely fixated on his phone.’

‘Not surprising Siobhan. Really would be interesting to know what turned Greg, Alex?’

‘Shows it can happen to any of us Adam. Siobhan, any luck with Greg?’

‘Siobhan, can you hear me?”

‘Wow, so I put the filter on like that and then I can post it to the world.’

‘Adam, it sounds like Siobhan may be receiving some sort of social media lesson from Greg. Siobhan, can you hear me? Move away from your phone!’

‘So I hashtag everything with #CBR and #Humanbrochure, and then other people see it?’

‘Siobhan! Siobhan put your phone down.’

‘It’s no good Sloanie, she’s gone. I think we’ve lost another good journalist to the post of Humans. Let’s go to Julian with news headlines.’

‘Julian? Julian? Are you there?’