A good Facebook friend requested a Canberra story with a 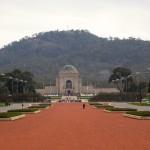 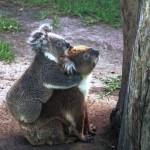 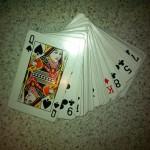 George and Sally had just finished their ghost tour, with the slightly-unusual, but very entertaining Canberran named Tim; Tim the Yowie Man to be exact. Despite his unusual name, the tour had been fantastic. They were both still shaken up by the spooky nature of the tour.

‘Do you think we’re doing the right thing about tonight?’ George whispered.

‘I don’t know,’ Sally replied, grimacing. ‘Why don’t we thank Tim and then think about it some more.’

They wandered up to say hello to Tim, but both were thinking that perhaps they should get some advice from a local about their decision.

‘G’day folks, how did you find that?’ asked Tim, dressed in what Sally and George assumed to be traditional Australian safari-ware.

Sally and George glanced at one another.

‘Well, I found it smashing, to be honest,’ George began.

‘Are those pommy-accents I detect,’ Tim replied. ‘Let me try and guess – I would say somewhere in the north. Leeds?’

George and Sally smiled. Plenty of Australians during their one-month stay predicted they were from the UK; so far they had been placed as far west as Belfast, as far north as the Isle of Skye and most just guessed they were from London. One barman in Alice Springs thought they were Dutch; although he may have been pulling their proverbial legs. Australians seem to do that a lot, and both were having trouble determining when the locals were being serious.

‘Not bad,’ Sally replied. ‘We are northerners – I’m from York and George is from Bradford. Not far from Leeds. We live in Liverpool now.’

‘Well, I am a cryptonaturalist, that’s the study of strange and hidden phenomena, and there are few things stranger than the north of England.’

The three had chuckle at that.

‘So what are your plans for the rest of the night? Staying somewhere nice.’

‘Camping, I love camping,’ Tim replied. ‘I know some great spots. Are you set up?’

Tim screwed up his face.

‘Are we not allowed up there?’ Sally asked. She nudged George. ‘I told you we should check.’

‘No, it’s not that. It is a great spot and the views are wonderful.’

Both tourists nodded enthusiastically at that.

‘But it is a notorious spot for drop bears…’ Tim paused for a moment to consider the issue further, stroking his chin as he did so.

‘Although, at this time of year, they do tend to be dormant, so you should be right.’

George and Sally both laughed out loud.

‘Oh, we’ve heard about your drop bears. Our guide book is full of warnings about your mythical creatures,’ Sally began.

‘Yeah, the book suggests every Australian will wow us with their tales of ‘em. You’re the first to mention them though,’ George added.

Tim’s face was the very picture of seriousness in response. He stared intently into Sally’s eyes, and then George’s.

‘My word as a cryptonaturalist, I can assure you that drop bears are very much real. Like I said though, they are probably dormant this time of year. I’ve only seen them up on that mountain a couple of times. They’re like a big koala, but with larger teeth, orange fur and they tend to be more active at night. ’

Both English tourists looked back at him sceptically.

‘Fine, don’t believe me,’ Tim replied. ‘But look, your guide books don’t know everything, particularly about the native fauna and flora of this area. There are new discoveries to be made, and science has been wrong in the past.’

‘Do me a favour:  keep your eyes on the track, and whatever you do, if you see any drop bears, don’t engage them in any sort of game, particularly cards. And maybe put some forks in your hair, or at least try and say g’day to one another a few times tonight. That will scare them off.’

George snorted out a laugh in response.

‘Ok Tim, look, thanks for the tour, it was great.’

Sally screwed up her face at that.

Tim nodded and glanced at the two tourists. Odds-on, they were in for a bad night.

The tourists waved goodbye and walked back towards their rental car.

‘Let’s grab some tea and then head back to the camp site.’ George suggested.

‘Shall we pick up a deck of cards?’ Sally replied, smiling. Both laughed out loud at that.

Later that night, the two were entwined next to the camp fire, just enjoying its warmth and glow. Away to their right they could see the twinkling lights of Canberra; the sight of Anzac Parade all lit up, leading up like a runway towards Parliament House, was particularly magnificent.

They could hear the slight murmur of cars parking further up the hill from them, but they seemed to have found a spot that was relatively quiet.

Neither were wearing forks in their hair. Tim had tried a couple of times to speak to Sally in an Australian accent, but she had made such fun of it, that he had long since given up. They had been chatting about home.

‘When should we head back do you think? I think I’m starting to miss Liverpool.’

‘Ferry cross the Mersey…’ he began.

‘Shhh,’ Sally interrupted. ‘Did you hear something?’

There was indeed a rustling in some bushes nearby; as the couple fell silent, it started getting louder, and the bush began to shake. After a moment, one small figure, then another, rolled out of the bush.

‘G’Day folks,’ the first began. ‘How are you this fine evening?’

It was fairly dark now, and the only light was from the camp site, and the moon above. Sally and George squinted to make out the figures.

‘Mind if we come and warm up by your fire?’ the other asked.

The two tourists exchanged glances, but before they could respond, the two approached and sat down across from them next to the fire.

Involuntarily, both George and Sally rocked backwards at the shock of what they saw. Now lit by the firelight, across from them were two creatures, about the size of large dogs, sitting cross legged. One was slightly thinner and taller, with orange fur, large teeth protruding from his mouth and strong looking forearms. He was dressed in a grey waistcoat buttoned up at the front and a pair of red jeans.

The other one had the same teeth and arms, but was shorter and stockier. He wore a white t-shirt with the words ‘I ❤ Canberra’ emblazoned on the front, and a pair of green stubbie shorts.

The tourists’ faces obviously revealed their shock, because the taller one laughed.

You can read more about Sally and George’s adventures with the drop bears by purchasing the zine or ebook version of this yarn.