Via email, my friend Duncan requested: 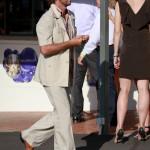 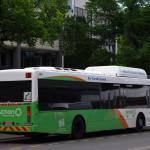 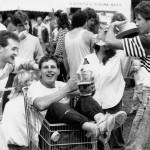 Safari Suits + the 333 from Belconnen to Civic (or for south siders, Civic to Woden) + the Food and Wine Frolic, when frolicking in public was not a crime

Oh, but wait, I have to tell you about my day. That’s the rule of diaries, isn’t it? I’m supposed to tell you what I did, how it made me feel, what I’m excited about…all that stuff?

Okay, well, today I went to school, and it was alright. Miss Brown really wanted to talk to us about history, because there was a ‘memorial’ service on for someone famous. She explained that a memorial service is when lots of people come together to remember someone. I asked if it was like a funeral, and she said it was, except funerals were usually for people who knew the person. These ‘memorials’ are for famous people, and the people that go usually didn’t even know them.

Weird. Going to a funerally-thing to hear and speak about someone you’d never met.

Anyway, this was a really big memorial service. It happened in Sydney, even though apparently this guy was famous for stuff he did in Canberra. He even grew up here. I asked Miss Brown if she had met him, and even she hadn’t.

But all these people that had never met him lined up to go to his memorial. Miss Brown played some of it for us, and there were queues of people outside and in the end, lots of them didn’t get in and had to watch it on big television screens.

Big television screens at a funeral, how strange is that!

This guy’s name was ‘Gough’ – took me a little while to figure how to spell his name, and I had to Google it – I don’t know anyone called Gough. It’s a boy’s name.

He was Prime Minister just for a little while, but did lots of stuff. And then he got sacked. I didn’t know Prime Ministers could get sacked, and I didn’t really understand how Miss Brown explained it happened.

So I asked Dad about it when I got home. He tried to explain it too, but then he got all excited about the past. He started talking about the ‘seventies’ when Gough was Prime Minister, and what that must have been like. He suggested I ask Granddad about it, because he was a grown-up then. That made me think, whoa, this Gough guy must have been Prime Minister ages ago. And people are still really excited about him.

Then Dad got side-tracked and started talking about the ‘eighties’ and ‘nineties’. It doesn’t take much for this to happen. He’s always telling me how good things were then. I can’t even remember how he got from Gough to the eighties…I think he was trying to tell me about who was Prime Minister next. But next thing you know, he’s talking about the food and wine frolic. He’s always talking about some crazy thing in Canberra’s past: the Birdman Rally, or the Starlight Drive-in cinema or Woden of the 80s.

But his favourite topic is the food and wine frolic. It was some outdoor party grown-ups used to go to, which finished just as he was getting old enough to go and have fun at it. He only got to go to one or two before it finished, and he’s still really upset about it.

And she said there are other things Mum or Dad can go to without us kids, which is probably better. Like apparently it’s Beer week this week?

Beer smells gross. I don’t think I’ll ever drink it.

But Dad says he wants all of it: Beer Week and the Multicultural Festival and the Food and Wine Frolic. He always has this line that he pulls out when he talks about, and we all say it together with him at the same time:

‘The Food and Wine Frolic, when frolicking in public was not a crime.’

Whenever I ask Mum about it, she tells me that frolicking in public isn’t a crime. That Dad is just being silly. That’s good, because sometimes when I’m running around the park with Jos or Winnie or Isha, Mum says we’re ‘frolicking’. I’m just having fun, and I don’t want to get arrested for that.

Oh, Mum is calling me for dinner. Gotta go!

I just read back on yesterday’s entry and realised I didn’t tell you my exciting and boring news.

So I’ll skip past most of what happened today.

I went to school. It was fun.

So, first the exciting bit. We’re getting Mr Frugii ice cream on Sunday!!!!

I wonder what flavours he will have. Last time we tried ‘potato chip and peanut butter’ which sounded gross, but actually tasted pretty good. But I had a scoop of chocolate. That’s my favourite. Mum missed out on the chilli and is hoping for that flavour. We’re going to the Old Bus Depot Markets to get the ice cream. It always has to be something old with Dad, even when we’re getting some new, crazy ice cream flavour! Although, knowing him, he’d get vanilla.

Okay, so now to the boring bit. Dad got all excited when I told him that I was learning that Gough died, and he started doing some research. Apparently the Museum of Australian Democracy, which is at the older Parliament House, has something on display that he wants to take us to. He says its ‘interactive’ so it will be fun. I don’t really know what that means, and it actually sounds pretty boring.

You dress up in some costume, and then do something with a mirror, and it tells you what Australian Prime Minister you’re most like.

We saw pictures of the older Parliament House when Miss Brown showed us videos of Gough. He got sacked on the steps or something. How rude is that, your boss sacking you in public!

I’m still not really sure who Gough’s boss was or why they sacked him. I think it might be the Queen, but then some other guy who was her representative in Australia sacked him. And I’m not even sure if he asked the Queen first.

So I guess the Queen is the Prime Minister’s boss. Does that make the Queen the boss of all us? Doesn’t your boss have to live near you, or work with you, or something like that?

Anyways, Dad was all excited about this thing at MOAD…that’s the Museum at the older Parliament House…because it was all about history. Dad loves the past…oh wait, I already told you that.

He even made some joke about catching the old 333 bus from Woden to Civic and back to the Museum again, ‘just to get in the mood’. Mum patted him on the shoulder, and reminded him there wasn’t a 333 bus anymore, and that us kids wouldn’t be in much of a ‘mood’ after over an hour riding around on a bus.

I dunno, sounded pretty cool to me. Dad suggested we could take another ‘300 bus’, or maybe we could take one of 300 buses…I didn’t really understand what that bit meant. But Mum insisted we drive.

I scored a goal, and so did Jos. My brother Angus played, and he scored three. Winnie made some great saves and Isha set up all the goals.

I can’t wait….for the ice cream!

So, I think my favourite flavour is still chocolate, but the salted caramel was pretty cool. Jos got a whole scoop of that and I was a bit jealous.

We went to the boring MOAD thing too.

It turned out to be pretty cool.

There was a big long queue to get in, like Gough’s funeral, but finally we got shown into to this little room. There was just enough room for Jos’ family and us. The lady helping us said she had to close the door ‘for the technology’ to work, but basically we had to put on this big brown poncho over your whole body. Then you walked in front of the mirror, and it would show you which Australian Prime Minister you were most like.

So ‘cos Dad loves history, he wanted to go first. So he puts the big brown thing over his clothes and he stands in front of the mirror, and we all look at his reflection.

And the screen goes all fuzzy for a minute, and then the reflection of Dad shows up.

Except, it’s not exactly Dad.

He’s shorter, and he’s wearing a safari suit. And as he moves, another image is sort of reflected on to his, and it changes his face. It’s sort of hard to explain, but the reflection was still Dad, but it was someone else too. An older guy, with grey hair, stooped over a bit.

All the grown-ups started laughing.

Us kids started laughing too, because it was sort of funny to see Dad as this old, grey-haired guy.

Dad started playing with his ear and everyone started laughing about that too. A recorded message started speaking from the mirror in front.

‘You are an enigma; both a bright, intellectual, but also capable of connecting with people from all walks of life. You enjoy being the life of the party.’

‘You are Bob Hawke.’

Next it was Mum’s turn. I recognised her straight away.

‘You are an empathetic leader, who believes Australia’s best is in its future. You are driven by a desire to change social policy, particularly improving educational opportunities.’

‘You are Julia Gillard.’

Jos’ Dad went next. Jos says he is always going on about how ‘left-wing’ he is, whatever that means. That even though he is a lawyer, he really cares about people.

Which is why I think everyone went quiet for a minute when they saw his reflection. He appeared as this guy with big black glasses, wearing a black suit. He sort of looked like an undertaker.

‘You are a cautious leader. You do not rush decisions and focus on economic reform.’

‘You are John Howard.’

Jos’ Dad didn’t seem very happy about that. I thought he might cry or leave or something, but then Angus said something.

‘You look funny with those glasses.’

And everyone laughed and Jos’ Dad took off the suit. He mumbled something under his breath when he did that, but I couldn’t’ hear him.

Jos went next, and she turned out to be Gough.

‘You are a person of principle, who puts your own interests behind the interests of others,’ the machine said.

Jos’ sister Bre went next. She appeared in the mirror as this confident guy with brown hair.

‘You look outside Australia for inspiration, and want to push Australia to be a better place,’ said the machine.

‘You are Paul Keating.’

Angus turned out to be strong and a ‘big believer in employment to end poverty’, which made him ‘John Curtin’.

Owen was ‘Robert Menzies’, apparently because he ‘liked things the way they are now,’ ‘cared deeply about protecting his people’, but wanted to ‘improve Canberra’.

I wasn’t sure I wanted a turn, but Dad was like, Immo, you have to.

At last I gave in and put the brown cloak on.

But with all those changes, the machine must have got broken or something. I was seriously bummed. It was weird though, because Mum and Dad, and Jos’ Mum and Dad got really excited. I don’t know why.

The screen went fuzzy for a minute, like it did for the others, and an image appeared.

But when I looked in the mirror there was no adult there…no one famous.

It was just a reflection of me. Then the machine talked.

‘You are a brave, strong leader, who inspires people and makes decisions based not on ideology, but on evidence.’

‘You are Imogen Sheppard.’

1 thought on “The Mirror”