@jpmaloney gave me quite the challenge. What resulted was a love letter (of sorts) to my favourite Canberra sub-culture, the hipster (although it should be said, that I am more like a toolster than hipster) 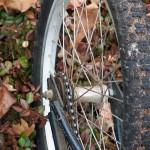 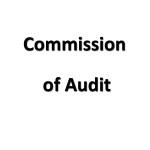 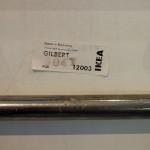 I think I have infiltrated the beatbox of hipsters we discussed. Incidentally, I have confirmed that ‘beatbox’ is the collective noun they use for their group. They hover in the Londsale St area of Braddon, but do at times venture as far south as New Acton. But if they are trying out new recycled bikes, will go as far north as Dickson on some occasions.

I had a few close shaves (so to speak). The first issue was the length of my beard. The beatbox has no leader as such, they don’t believe in structured hierarchy, but this guy called ‘Ash’ was suspicious about the length of my facial hair, particularly my moustache. I tried to explain this away by saying I was a ‘slow grower’, which seemed to satisfy him for now. I have thrown away my razer.

Another named ‘Liam’, a graphic designer, also asked about the newness of my clothes. I assured him I had purchased them secondhand at last year’s ‘Suitcase rummage’. The group nodded their heads in understanding at that, so I think I’m in the clear.

I have to be careful emailing during the day. My DELL laptop certainly raised some eyebrows. I was given a lecture on both the poor treatment of DELL’s workers, compared to Apple’s membership of the Fair Labor Association, and why the Apple Mac Anything is functionally superior. Obviously the newspaper’s budget won’t stretch that far, so I’ll have to email from home.

Sorry mate, I may have blown my cover. I was chatting with the beatbox guys over our third short black of the day (a rare Fair Trade Arabica blend from PNG which Adam, the barista, hand roasts one bean at a time over a Bunsen burner – #amazing). It was a little later than usual, probably around 10 am, and the caffeine hadn’t quite kicked in. I had been up the night before sewing patches on an old jacket I found at the Kingston Markets. Anyways, I wasn’t on my game and I made the mistake of asking the beatbox guys what they thought of the Radiers’ recruitment strategy. The group stopped talking about the merits of IOS 8 and just stared at me. Finally Ash spoke.

I think they seriously had no idea what I was talking about. It makes sense of course. I knew the hipsters hated sport, but I assumed they read the back page once in a while.

‘Do you mean, like corporate raiders on Wall Street?’ Annie asked. Annie is Ash’s business partner and sometimes girlfriend.

I had to think quickly.

‘Yeah, I fucking hate those one per centers!’ I exclaimed. That seemed to do the trick. I knew Annie was right into that Occupy Wall Street stuff, and that sent her off on a speech about corporate greed.

But later, having got over that gaffe, I put my moccasin in my mouth again. We were helping one of Ash’s friends look for new furniture to kit out his new Braddon store and I suggested that one of the couches at the Salvos store might have come from IKEA. Ash had been sitting on said couch. He stood up abruptly and came up to me.

‘Ned, never use that word around me again,’ he said, staring daggers into me.

I nodded quickly, but wasn’t sure at first what word he was referring to. Liam came up and explained a moment later.

‘The Capital-I word,’ he whispered. ‘Unless Apple makes it, generally Ash doesn’t like words starting with I, particularly those that refer to cheaply made, throw-away Sweedish furniture.’

I hope I haven’t lost too much face with the group. I nearly have enough to do the feature story we talked about, but a few more weeks and I was hopeful we there might be enough for a series. I thought some of them might even agree for someone else to take their photos.

I’ll keep you in the loop.

Sorry for the email silence. As discussed on the phone last week, I think I am really getting somewhere with these guys now. Ash gave me a present yesterday for my birthday – a brown cardigan he bought from eBay. It’s a genuine 1970s and is awesome. I haven’t taken it off yet.

And the other day, he brought up sport with me! Well sort of. We were sitting down to our fourth try of a new cappuccino they’re testing at the Cupping Room (a traditional cap, not the commercial shit you get at Gloria Jeans). It was made with the most amazing imported Sumatra Wahana, filtered, with bouquets of red apple and molasses, served at exactly 95 degrees.

And Ash says to me.

‘You know about sports?’

I wasn’t sure where this was going, so I nod hesitantly.

He nods and takes a sip from his coffee.

‘There is some big something coming. Soon. This year.’

I wonder what he is referring to. Is this a test? Wimbledon maybe? The Wallabies Tests? State of Origin?  Then it dawns on me – this is a test.

He laughs and shakes his head.

I laughed back nervously and continued thinking about what he could be referring to.

‘No, it’s some Cup thing. Only comes round now and then?’ he continues.

‘That’s it!’ he exclaims, through a mouthful of free range eggs Benedict with a mustard hollandaise sauce (#besteggsever incidentally).

‘Is that the one with the round ball?’

He smiles at that.

‘I used to love playing hacky sack. We used to play for hours at school.’

‘We should play some time,’ he concludes, and then ordered us another round of coffees. I took this conversation as a good sign. However, the risk is I may be forced to play hacky sack with him in future.

I have also discovered how the group manage to keep their (under) bellies so small, and squeeze into those tight fitting caudreys, without seeming to do a modicum of exercise. As we discussed, this does seem partly due to their surviving only on a diet of gluten-free snacks and black coffee, but I have discovered the missing ingredient.

Another one of the group, Dan, has been helping me build my own from left over bike parts we got from the Green Shed. Riding those things is a seriously good work out.  So far I have joined the group on late night rides between Dickson and Kingston. It doesn’t sound very far, but when you’re only burning off the calories generated from two friands and a home-brewed pale ale, you don’t need to do much.

If anything, my jeans are getting slightly loose. I am thinking about raiding the Salvos bins for an old pair of tight black ones.

Incidentally, I’m suspicious about another new comer to the group. He has an American accident, and may be from the New York Times. When we started discussing bikes, he began describing them as ‘recalcitrant bikes’ – that led Ash to make a crack about Paul Keating, that he didn’t understand. Nonetheless, we’re not too sure about him; he might be one of those ‘36 hour’ types. He only drinks decaf.

I know when we spoke last week I promised you some words this week, but I just can’t use this laptop. I’m feeling guilty about the low pay DELL gives its workers, and the i5 processor is ridiculously slow. The keyboard also lacks the ergonomic feel of a Macbook. Compared to Ash’s Air, it is also way too heavy to carry around, so I’m writing this at home. If I can manage to find some time to stay home I’ll try and write something this week, but there is so much going on in Canberra I’m not sure I’ll have time.

I have to help Dan with the opening of his place, and then Alice wants me to help do PR on the launch of her Coffee tasting app (ACTBeanAppetit), and Ash told me about this great new place on the Kingston Foreshore I want to check out.

I got some more cred back with the guys after the dark days of the IKEA comment. I set up a Facebook page without telling them called ‘Don’t be a sheep who flocks to Tony Shepherd’.

Ash is talking about approaching GetUp to link to it. Although Dan thinks maybe GetUp has become part of the establishment, and is thinking about setting up his own progressive online movement based on disaffected GetUp members.

Sorry for the email and phone silence JP. I did mean to call you back, but I’ve just been so busy.

I can’t tell you when I can give you some words for the paper on this.

I’m just getting in for a change of clothes after the Bentspoke Brewery opening. #Amazing!

I’ve got to get straight back to Braddon to help my friend Jill bake some gluten-free muffins for her pop-up store. They use hand milled almond meal from Kangaroo Island, and local blackberries Jill picked herself. #delicious.

I tried to call you today, but just missed you. I’m sorry, I won’t be able to give you this story or any other.

This may come as a shock, but I need to do this for me. Working a regular 9-5 job is just limiting my creativity too much. And I’m struggling to find time to write in amongst the coffee drinking, pop-up store browsing, instagramming, blogging and hacky sack playing (we’re starting a Canberra tournament).

I may go to art school, or perhaps study graphic design at CIT. Unless my blog takes off.

Anyways, good luck with the paper.

PS It would be great if you could support my kickstarter. I’m planning to crowd source my popup store selling hand-made wooden coffee makers. I’ll send you the link.