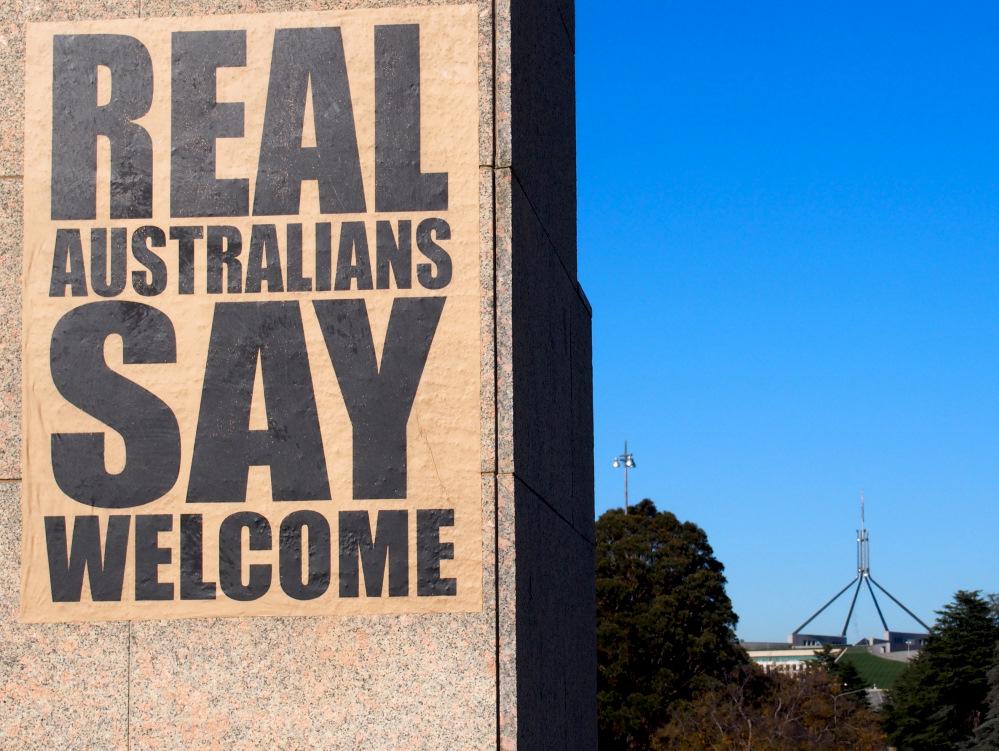 Via Facebook, Matt nominated three intriguing items. Inspired by Refugee Week, the Real Australians Say Welcome campaign and Canberra’s status as an official Refugee Welcome Zone, I came up with the following. 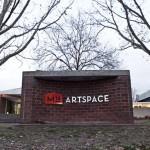 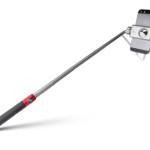 Christian sat on the rubble of what remained of his house, and wondered what to do next.

The wolves had blown his wooden house down, and his younger brother’s straw house, and older brother’s brick house.

Just because they were pigs, not wolves.

His family had all left, in search of new homes.

He needed to find a new home too.

But first he wanted to tell the world his story.

First he flew to Paris, the capital of France and famous for its art. He walked into a gallery and saw incredible paintings.

‘These look like the pictures in my head,’ he said to an art critic. ‘Where can I learn to paint like this, and tell the story of how the wolves blew down my younger brother’s straw house?’

‘Why not?’ asked Christian.

‘Because you are a pig. Pigs simply cannot paint. I bet you can’t even hold a paint brush in your hoof.

Christian tried, and the art critic was right. He couldn’t hold the paint brush.

‘Perhaps you can draw with a pencil.’

‘Where can I learn to do that?’

‘Try London, they can’t paint very well there, but perhaps they can draw.’

So Christian drove to London, the capital of the United Kingdom, and there he found a store full of wonderful sketches.

‘Excuse me,’ he said to the shopkeeper. ‘I want to learn to draw like that, and tell the story of how the wolves blew down my older brother’s brick house.’

‘You can’t,’ said the shopkeeper.

‘Because you are a pig. Pigs simply cannot draw. I bet you can’t even hold a pencil in your hoof.’

Christian tried, and the shopkeeper was right. Christian couldn’t hold the pencil in his hoof.

‘Perhaps you can sing your story,’ said the shopkeeper.

‘Where can I learn to do that?’ asked Christian.

So Christian travelled to Tokyo, the capital of Japan. He went into a place with ‘karaoke’ written above its door.

Inside, he heard wonderful Japanese singing.

‘Excuse me,’ he said to the manager. ‘I want to learn to sing like that, and tell the story of how the wolves blew down my wooden house.’

‘You can’t,’ said the manager.

‘Because you are a pig. Pigs simply cannot sing. I bet you can’t even hold the microphone in your hoof.’

The manager was right. Christian couldn’t hold the microphone in his hoof.

‘Try Canberra, I read on the internet that they welcome refugees there.’

So Christian travelled to Canberra, the capital of Australia. He found a door with ‘Photo Access’ written on it.

Around the room, stuck to the walls, there were amazing photographs.

‘Excuse me,’ he said to the teacher. ‘I want to learn to take photographs like that, and tell the story of how the wolves destroyed my family’s homes.’

‘That sounds like a tragic story,’ said the teacher. ‘Why did the wolves do something so awful?’

Christian thought about this for a moment.

‘I’m not sure,’ he said at last. ‘I think because we are pigs and they are wolves. They believe different things to us. Will the people here blow my house down, because I am a pig?’

‘They shouldn’t,’ said the teacher. ‘The people claim to be tolerant. Although, you should be careful around Pialligo. They are famous for bacon there.’

‘Perhaps if I teach you take photographs, you can share your story and they will understand. Perhaps one day, the wolves will understand as well. Try taking a photo with this camera.’

And Christian tried, but his hoof was just a little too big for the button.

‘I have an idea,’ said the teacher. And she brought Christian a long stick.

‘This is called a selfie stick,’ she said. ‘Usually it is for taking photos of yourself, but I think we change it so it will allow you to take photos. Try pushing the button at the end.’

She attached the camera to the stick and handed it to Christian.

Christian tentatively moved his hoof towards the button, and gently pushed.

A bright light came from the camera and Christian looked away, momentarily blinded.

As the light faded from his eyes, and he could see again, he realised the teacher was smiling at him.

Christian looked at the camera in her hand and realised there was a photo of himself on the screen of the camera.

The teacher turned the camera around and smiled towards him.

Christian again pushed the button on the stick and was amazed to see a picture of the teacher appear on the screen.

And that’s just what Christian did. Many months later, an exhibition of his photos opened at the M16 Art Gallery in Canberra.

If you visited on opening night, you would have seen a French art critic, English shopkeeper, and Japanese singer all admiring his photographs.

‘I wish we had welcomed Christian the pig to our city,’ said the art critic. ‘Canberra will surely benefit so much from his talents. These photographs of his village, and what the wolves did to his younger brother’s house are awful, but they have inspired me to paint about why we must all be more tolerant of pigs.’

‘I should have welcomed Christian to use his talents in London,’ said the store manager. ‘His photographs of what the wolves did to his older brother’s house are tragic, but they have inspired me to draw about why we must accepting of all pigs and wolves.’

‘I too wish we had welcomed Christian in Tokyo,’ replied the karaoke singer. ‘His photographs of what the wolves did to his house are sad, but he has inspired me to sing about why we must celebrate the wonderful difference we can all make, no matter what our talents, or which animal we are.

But they all agreed on one thing.

Christian overheard them, and beamed. He put his arms around his two brothers, and was truly happy for now they had found a home, and were all together again.