Pet Turtle + Cryptographer + Blueberries (with a side of fries) 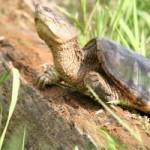 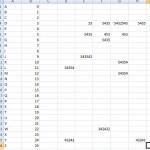 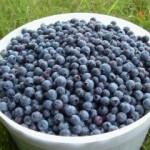 We met over a punnet of blueberries

I was doing my weekly shop at the Fyshwick markets. Fyshwick is a fair drive from my apartment in Tuggeranong. At any rate, as long as a drive can be in Canberra. Still, I used to pop in most Saturday mornings. I liked the ‘vibe’. There was usually some live music playing, lots of people milling about and a good selection of new foods to taste and coffee establishments to frequent.

I didn’t usually buy blueberries, and was actually on my way to one of the fish shops. But my eye was first drawn to some tasty looking bananas, which I duly collected, and then to the massive ‘sale’ sign over the blueberry stand: ‘Half-price’ it said. Hard to resist.

Once we met eyes I struggled to look away. I should really have been picking up the blueberries, like she was. But God, those eyes. Like two deep blue swimming pools; no, oceans. Drawing you in, like deep whirlpools, once you started swimming near them you were sucked in, pulled down; never to return to the surface of conscious thought again.

As she knelt down, laughing and offering apologies, my eyes found something else to be drawn to. Shit, I could see straight down her black t-shirt. It was a good view too, but one I was just able to tear my eyes away from just as she looked up. Pulling away her blond hair from her face, as I knelt down too, she smiled.

‘Sorry about that,’ she offered.

‘My fault too. I guess we just both love our blueberries.’

She laughed at that. God, it felt good to make her laugh.

We painstakingly collected every one of those blueberries, and returned them to the punnet. I’m proud to say not one was squashed in the exercise. Although a few slippery little berries tried to escape, and needed a few extra fumbling attempts to be caught by my fat fingers.

‘No causalities,’ I said as the last one returned to the punnet.

‘I mean we seemed to have saved every blueberry,’ I replied, standing once more and trying to regain some semblance of composure. The slight head rush from all the bobbing up and down didn’t help.

‘Oh,’ she said smiling again. ‘Well, that remains to be seen. What do we do with them now?’

I stared down at the punnet in her hand. Good question. Anserious first-world ethical and moral dilemma. What does one do in such a situation?

Return the punnet to the pile, and risk some poor sucker eating a dirty, unwashed blueberry? I looked down at the concrete floor below. The Fyshwick markets are essentially an outdoor affair, with the market  consisting of series of small buildings arranged in a u-shape, with a car park in the middle. The thin footpath which snaked around the shops was made all the narrower by the stands of fruit, nuts and other wares which the grocers wheeled out to display their wares. While the footpath was under the canopy of a metal roof, it was exposed to the elements and whatever happened to be on the bottom of the thousands of shoppers’ shoes that had frequented the market over the years.

But the only other option, surely, was to notify a nearby grocer (a man nearby was calling out specials, in that near-incomprehensible style of fruit-mongers), and risk being ask to pay; or worse, suffering some hideous public dressing down about the ills of fruit-abuse.

But she had a solution.

‘I’ve nearly finished my shopping; why don’t we take it to the counter together and go halves?’

Good solution, I thought. Fine solution in fact, in so many ways: ethical and moral dilemma solved. And I got five more minutes to speak to this lovely creature.

I nodded quickly (but hopefully not too enthusiastically).

‘Did you want to do any more shopping here,’ she asked.

I shook my head.

She looked down at the three bananas in my basket.

‘Not a big shop today, then?’ she asked, a mischievous gleam in her eye.

I looked down at the paltry bananas.

We walked to the register and lined up.

‘I’m Vanessa,’ she offered, holding out her hand.

‘Jim,’ I said in response, returning her shake.

The line was long; something I was delighted to find. Even better, the young man serving appeared to be achingly slow at the task of scanning and packing. Usually this drives me nuts. But not today.

‘So what brings you to the markets today, Jim?’

I started speaking without really thinking. I do that sometimes, particularly around women.

‘You know, the usual: fruit, vegetables…I actually quite like the music here sometimes too.’

She nodded, and I continued blabbering.

‘I think Annie and the Armadillos are playing today. I quite like them.’

I don’t quite like them. I’m not sure why I said that. I nearly didn’t come because they were playing. I had an ex-girlfriend who just loved them, and hearing them play tended to bring back bitter memories.

‘Oh,’ she replied. ‘I think I know them. They sort of do a jazzy-bluesy thing, with a tall girl as the singer?’

‘Yeah, that’s them. I think they’re on shortly on the Deli Planet Stage,’ I said the last bit in a dramatic tone. She got the joke and laughed.

‘And what about you?’ I asked. ‘Your desperation for blueberries was your main reason for shopping today?’

‘Actually, I came here to buy a pet turtle.’

‘A pet turtle?’ It wasn’t the answer I was expecting.

‘Yeah, I live in an apartment and I’ve always wanted a pet, but dogs and cats are out. I did some googling and I think turtle might be the thing. I just live up the road in Kingston.’

So, like I said, I sometimes say things without thinking around women. Had I thought about this answer in advance, I wouldn’t have said it. To this day, I still don’t know why I said it then.

Cryptographer? What the hell! Where did that come from? Probably the show on SBS I’d been watching the night before on World War II and the spies, and encoding and stuff. I’d even surfed some websites on the subject afterwards.

Vanessa raised her eyebrow at that. She was confused; or worse, sceptical.

‘Do you know what cryptographers do?’ I said.

‘Yeah, sometime like that,’ I said, sounding as authoritative as I could.

We reached the front of the line and as she paid for the blueberries, I slipped her some coins. I paid for my bananas and we walked out of the store together.

Damn, I thought. This is the end of the line. We’re done. No more talking to this pretty thing.

‘Did you want to get a coffee or something, maybe listen to Annie and the Armadillos,’ I spluttered out, cutting off whatever she was going to say.

She smiled and turned her head slightly to meet my eyes.

In short, we spent hours at the markets, just talking. We ate and drank but hardly bought anything else. I made a royal wanker of myself in Plonk talking through my love of fine ales. She seemed to find it endearing.

I don’t know if she had plans for that day before that punnet of blueberries. In the middle of the afternoon, when I realised the time, I had to secretly text some friends to cancel a poker game we had organised for late afternoon. They still haven’t really forgiven me for pulling out.

Then we went back to my place. I cooked dinner. At some point, around 8 o’clock we finally stopped talking and went to bed.

At no point did we exchange numbers, or talk more about what we did at work. I don’t know why. We seemed to talk about everything else.

Anyways, when I woke up in the morning she was gone. I nearly would have thought the whole thing was a dream, if it wasn’t for the business card she left behind. She had scratched out all the contact information apart from her name, organisation and title.

And her workplace wasn’t the sort of place that you just called and started asking for random people you hardly knew. And she was defiantly sending a message by deleting her numbers and email details.

So I never spoke to her or saw her again. I’ve thought about going back to the markets on a Saturday morning, around the same time. Maybe hang around the blueberry stand and see if she reappears.

We had some fun, but that’s all it was ever going to be to her. I’d lied, and she knew it. She saw through me. She must have. Why else scratch out her details, and set me that challenge.

A challenge I have never managed to solve. I pick it up once now and again and try it out. But that was years ago. Even if I did work it out now, she’s probably married with kids. Sitting somewhere now, eating blueberries, with her hunky husband and cute children.

They probably have a pet turtle.

The only thing left legible on the front of the business card was:

I should have known. In Canberra of all cities. A single girl, shopping at the Fyshwick markets, living in Kingston. It was always likely she was going to be a spy.

On the back of the card was her challenge. Or her joke. Or her invitation. I’ll never know. It read:

If only I’d just told her the truth.

Try to decode the message yourself, or read the decoded message here.

Photos of blueberries and turtle courtesy of http://www.sxc.hu/