Via Facebook, old friend Owen nominated three items from our childhood, for me to weave into a short story set in Canberra. Not sure what is says about me, but a dark tale emerged: 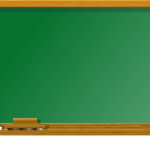 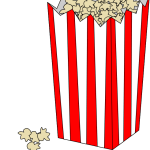 ‘What goes around comes around.

Karma (and its police force)

The rule of three.

The law of cause and effect.’

You humans have called and described me in so many different ways, but I’m not sure you ever truly believed that I existed.

But I do. And your descriptions are usually apt.

Ever wondered what happens when you do a decent act. Or a shitty one?

All those little sliding doors moments, that you might not give a second thought – they mean something.

And I certainly think about them twice. Sometimes I give them a third and fourth thought as well.

I hover just above you, watching as you scurry around like insignificant little ants. I know just when to let you go, and when to pull you up. Humans are so easy to manipulate. A push here, a nudge there. Sometimes my actions add up to a little readjustment. But other times, I’m forced to intervene with some major, fuck with your future, life-changing events. But only when you really do something to piss me off.

Take these two fellas there, sitting next to each other on the bus. Up until now, one of them has been ‘good’ and one of them ‘bad’.

Hold up – I know what you’re thinking. Good and evil are subjective descriptions based on a whole complex set of moral judgements and cultural relativism.

Well, you can shove that post-modern shit up your actual (or existential) asshole, because I know. It’s my job to know. And one of these guys is good and one is bad.

You can read more about how the karma-inspired creature will intervene in this situation by purchasing the zine or ebook version of this yarn, or listening to the free podcast.